I’ve Nothing to do with Sugar’s Killers, Says Ajimobi 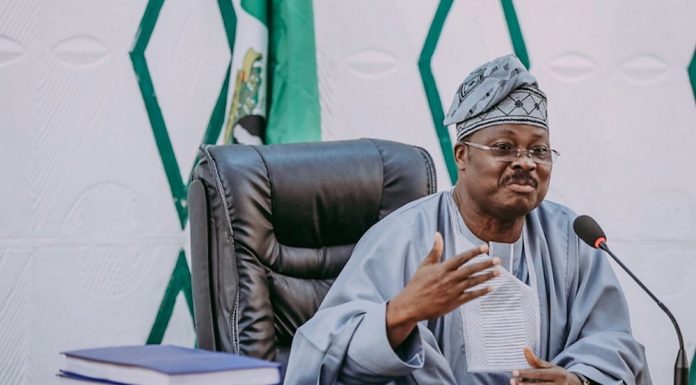 Oyo State Governor, Abiola Ajimobi, has denied obstructing or manipulating investigation into the murder of Olatoye Temitope a.k.a. sugar, who represented Lagelu/Akinyele federal constituency in the House of Representatives.

Speaking through his Special Adviser on Communication and Strategy, Bolaji Tunji, Ajimobi said the case was already before the police.

The investigators, according to him, are already doing their job and have not contacted him on any challenges.

He added that his government is known for never interfering with the course of justice.

“If a citizen of the state dies, I am not sure the governor will be the one that will say people responsible for it should not be punished.

“So, I think they should go and get their information right. The governor is not privy to that kind of information and he will not support sweeping such a case under the carpet.

“So, if people are saying the governor is trying to facilitate the release of the principal suspect and others, it is not true.

“What the family should do now is to tell the police to do their job the way it should be done.”

He added: “I don’t know the kind of bold statement they are expecting the government to make.

‘’The governor has already directed the security agencies to fish out the culprits, and they are on the case.

“If the police are facing any challenge in their investigation, they are supposed to get across to the governor, and tell him their suggestions. The governor will now take it up from there.

“I think they should go back to the police to find out how far they have gone in the matter instead of saying the governor wants to facilitate the release of the suspects. So, people should always get their facts right.

“Why do we have peace in the state today? It is because people know that the governor will never act contrary to the law.

“So, if people are saying the governor or the government is trying to subvert investigation, it is a no-no. The governor will never do that.”