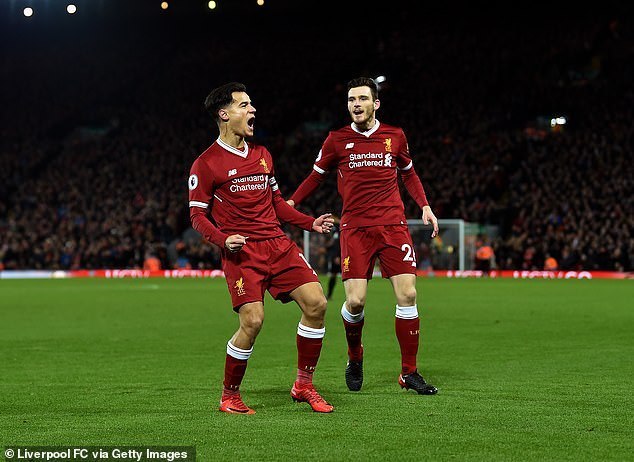 Liverpool is open to re-signing Philippe Coutinho from Barcelona after struggling to find his form at the Nou Camp, according to reports.

The Brazilian midfielder joined the Spanish giants in a staggering £145million deal in January last year, the third-most expensive transfer in history.

However, Coutinho has endured a frustrating time in Spain and has come in for plenty of criticism from the Barcelona fans, scoring 21 times and creating 11 assists in 76 games.

Barcelona has paid £6.8m per goal scored by Coutinho, a figure which does not even take into account his reported £240,000-a-week wages.

As a result, Barcelona is said to have lost patience and are searching for buyers, with Manchester United one of the few Premier League clubs who could afford him.

According to reports, Barcelona is ready to take a loss on Coutinho.

In his final season with Liverpool, the Brazilian averaged 86 minutes per goal involvement and created 3.23 chances per game – the best statistics of his career. Last season for Barcelona, it was 289 minutes and 1.42 – the worst.