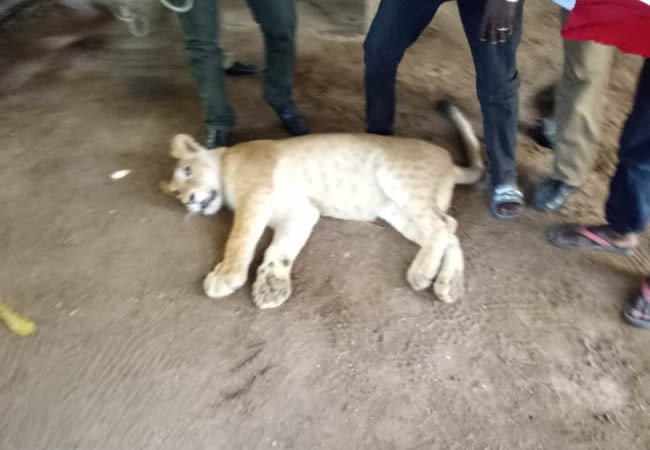 The Lagos State Government has tranquilised the lion found in a house at the Victoria Island area of the state.

The Head of the Lagos State Environmental Sanitation and Special Offences (Enforcement) Unit, Mr. Yinka Egbeyemi, confirmed the development to our Correspondent on Monday.

He noted that the lion was removed around 1.30pm.

The task force boss told The PUNCH that the Indian owner had yet to honour the invitation of the government.

“Instead, what he did was to send three Nigerians who claimed to be his workers.

“But we are working with them to know where we can find him.

“Our primary concern now is to remove the lion from the house, which we have done,” he said.