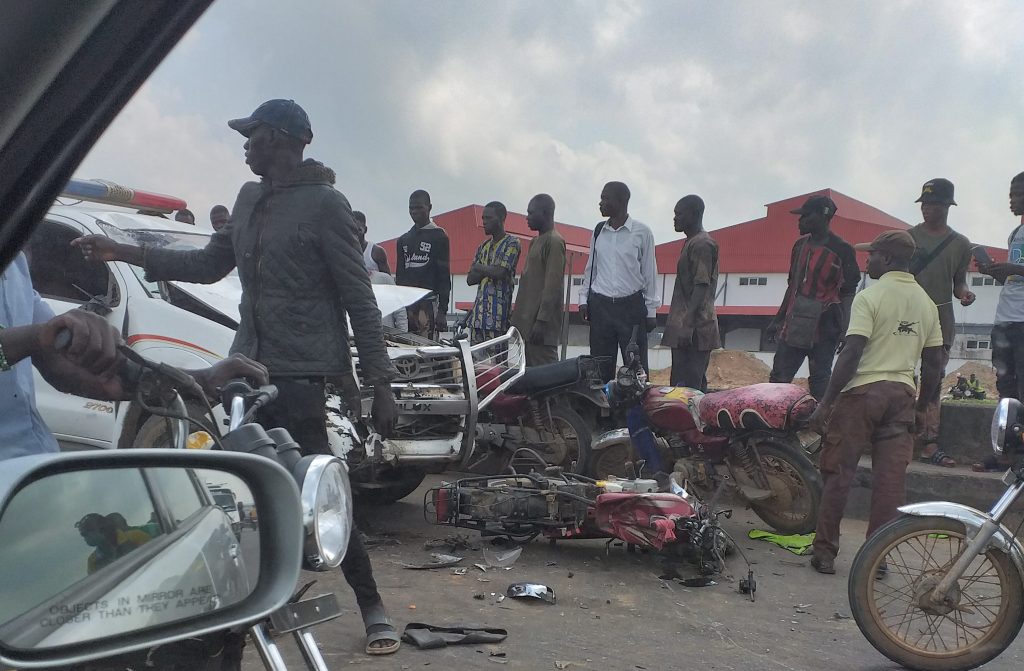 Three commercial motorcycle riders were reportedly killed on Monday on ‘Long Bridge’ along the Lagos-Ibadan Expressway when a white Hilux with the number plate, GGE960DD, collided with them while driving against traffic.

An eyewitness, who is also a motorcyclist said that some mobile policemen who were in the Hilux fled the scene after the accident.

The eyewitness said, “When it happened, they ran out of the vehicle and jumped off the bridge and ran away. No one could catch them.”

As of the time of filing this report, the bodies had been removed from the scene, while men of the Federal Road Safety Corps and the Police were on the ground.

When asked, the head of the FRSC unit said that they were called that an accident had occurred and they made their way there immediately. He then directed further questions to a police officer who had no name or number tag. She refused to answer any questions our reporter asked, as she tried placing a call to the Police Public Relations Officer to help her with the answers.

Meanwhile, many commercial motorcycle riders could be heard threatening to burn the Hilux that caused the incident.