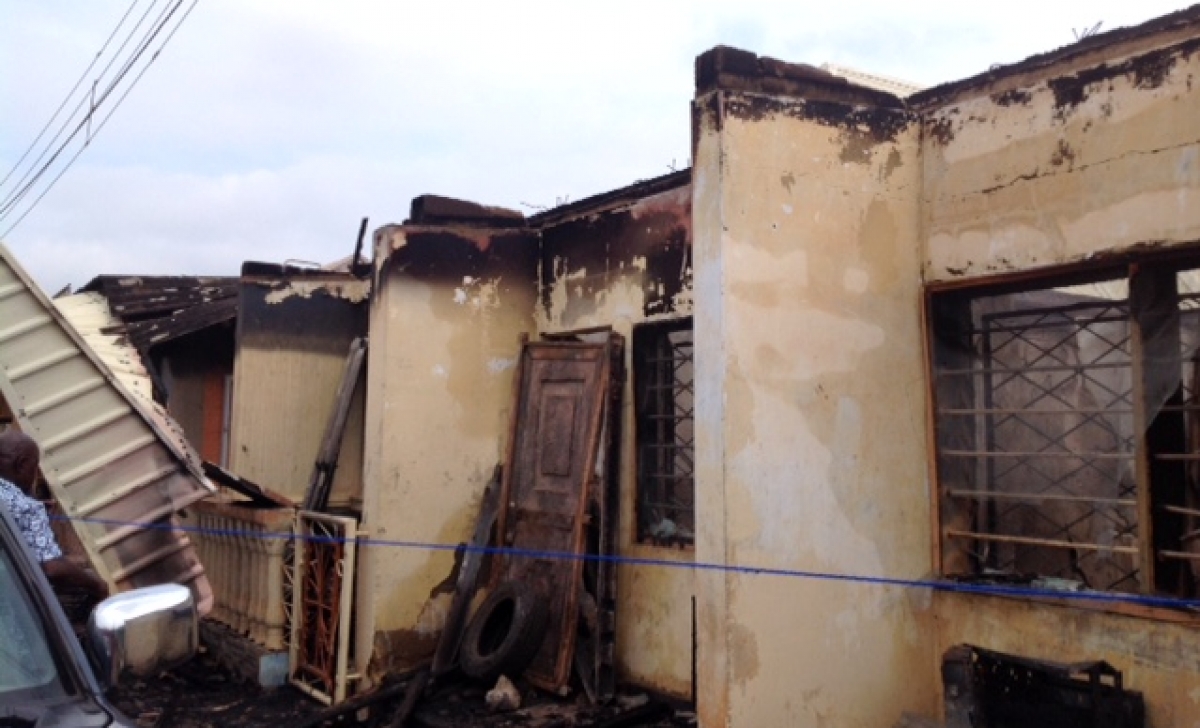 The Acting Permanent Secretary, State Ministry of Energy, Science and Technology, Mr Seker Akaa, his pregnant wife and two kids were burnt to death in a fire incident in Makurdi early hours of Monday.

The Police Public Relations Officer in Benue State, Deputy Superintendent of Police Sewuese Anene confirmed the inferno to the News Agency of Nigeria in Makurdi.

NAN reports that three other flats were also burnt including the resident of Evangelist Daniel Unongo, Chaplain of Benue Government House, who is also Senior Special Assistant to Gov. Samuel Ortom on Religion.

Anene said Mr Akaa, his pregnant wife, Linda, two children; Sender and Tertsegh Akaa, all occupants of Flat 1 were burnt to death during the fire disaster.

She said that the dead bodies had been deposited at the Federal Medical Centre, Makurdi mortuary.

The police spokesperson said the cause of the fire accident was yet to be known, saying “investigation into the matter had already commenced”.

The Deputy Governor, Mr Benson Abounu, who immediately visited the scene, expressed shock at the level of destruction and loss of human lives.

According to Abounu, it is a black day for Benue and the state has lost a prized asset in Mr. Akaa.

He prayed to God to give the family the fortitude to bear the irreparable loss.

“We cannot undo what has happened. At the moment, the government will take responsibility for their burial and assist the other families to relocate. We warn against any looting of property.” Abounu said

NAN gathered from an eyewitness, who refused to be named, that the fire started in flat 1 the residence of the late acting permanent secretary.

He said the perm sec and his family would have been saved but because of the incessant cases of armed robbery recorded within the neighbourhood, the neighbours thought it was armed robbers that were operating again.

“Actually the fire started at Mr Akaa’s house, we would have saved him and his family but we thought it was armed robbers that were again attacking us.

“You see armed robbers attack us here regularly. So, we have adopted ways of self-defence by providing burglary protection on the doors to prevent them from getting easy access inside, that too caused delay of getting to them on time,” it said.

The witness said firefighters from Benue Government House, Makurdi, came to the scene on time but they had little to do to save them.

NAN reports that though the cause of the inferno remained unknown, eyewitnesses said it might have been caused by electrical fault as it razed down the entire house and extended to three other houses.

NAN further reports that the fire was still burning as of the time of filing the report.