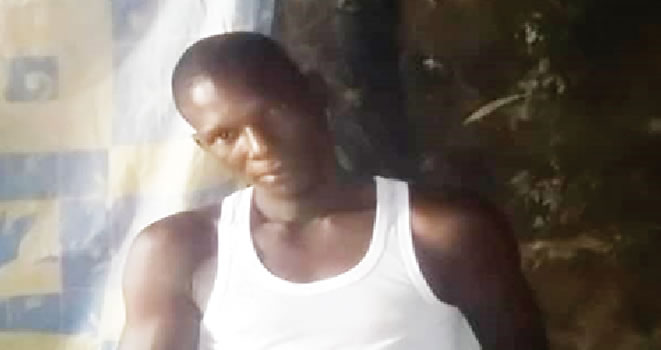 Some Nigerians, on Wednesday, demanded justice for a former inmate of the Kirikiri Correctional Centre, Lagos, Idris Saula, saying all those who had hands in his unjust incarceration for six years must be brought to justice.

They also called for investigation into the cases of other inmates, who might be suffering for crimes they did not commit.

PUNCH Metro had reported that the 36-year-old Saula was arrested in 2014 during a raid, while he was working at a construction site at Sangotedo, Ajah, Lagos.

While those arrested along with him were released after allegedly paying N50,000 each for bail to policemen from the Ajiwe Police Division, Saula was transferred to the Special Anti-Robbery Squad office, where he spent over five months.

He was later arraigned before an Ikeja Magistrates’ Court for robbery and remanded in prison.

A year after his detention, the Lagos State Directorate of Public Prosecutions reportedly issued legal advice absolving him of all charges and ordering his release.

However, the police prosecutor was reported to have refused to take the advice to court, as the victim languished in jail for five more years.

He was never taken to court for trial until the intervention of a human rights lawyer, Femi Falana (SAN), who secured his release.

Nigerians, who responded to the report on PUNCH Online, described the story as shocking.

They urged the victim to sue for damages.

A reader with the alias, Robin Hood, wrote, “What a story! This is typical of this our Nigeria. People suffer for nothing and some have their lives wasted just because they could not bribe our law enforcement agents. On the other hand, many criminals get away with crimes because they successfully bribe the system. How can and why should God not be angry at us, as a society? No wonder we’re falling fast as a people!”

According to Dacosta, another reader, there are many Saulas in detention who need help, adding that the country’s criminal system was corrupt and only serve the rich and powerful.

A poster, Ademola Adeyemi, wrote, “I have never seen a bunch of heartless people like Nigerian Police. I feel like crying reading this story. In fact, they should remove the signpost ‘Bail is Free’ from all police stations in Nigeria, because in actual fact, it is never obtained free. The police should at least save its face by fishing out people involved in this scandal and dismiss them.”

While many readers cursed policemen in the country, one Arkhuma said the prisons service and lawyers should also be blamed.

“It’s not only our police system that is wicked, but also the prisons service, which has no way of following up on inmate status in court, and our greedy lawyers, who delight in milking the poor to intervene on their behalf against a dysfunctional criminal justice system,” he commented.

A reader with the alias, Ponmo, queried why the Lagos State Ministry of Justice did not send the legal advice to the court.

“If the DPP issued legal advice, the DPP office should also have a return system where the actions taken by prosecutors on the DPP’s advice would be reviewed i.e. has the DPP’s advice been complied with?” the person wrote.

The state Police Public Relations Officer, Bala Elkana, said he would call back our correspondent to react.

He had yet to do so as of the time of filing this report.