Being an actress doesn’t make one promiscuous –Funmi Awelewa 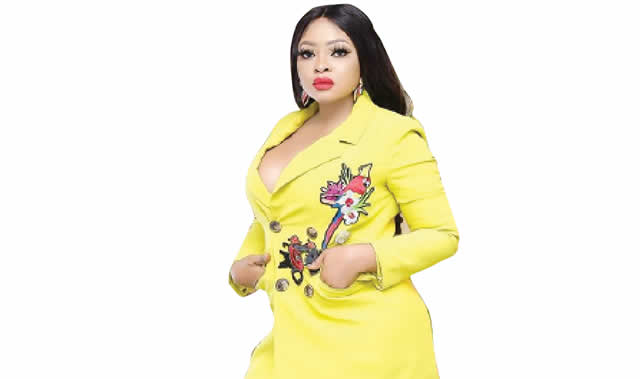 Actress, Funmi Awelewa, aka Morili, has said that it’s worrisome that actresses are judged harshly by society.

In an interview with Saturday Beats, she said, “It’s not true that actresses are promiscuous. It’s a function of who one is and what one was engaged in before becoming an actor. If one was wayward before joining the movie industry, one would easily continue it and if one is not, being an actress would not automatically make one that way.

“Actresses are always conscious of their dealings with the opposite sex because they don’t want to be trolled on blogs. Our busy schedules don’t permit us to even have time for relationships sometimes. People should stop tagging actresses as bad eggs in society. Actresses are sometimes judged from afar but when you move closer to us, you would discover that we are not bad but just misrepresented by some elements.

“A lot of us can’t do half of what some big society ladies do, though there might be some exceptions. People should appreciate what we do as actors because of the risks we face at times.”

Morili also said that fame had earned her more than she ever dreamt of though she didn’t have a godfather to lean on when she started acting and producing films. She added, “Acting is worth the sacrifices that I have made for it. Acting has made me sit and socialise with great people beyond my imagination.

“When I started acting, I got a lot of rejection and discouraging words from people. Some persons even told me that acting was not my calling. I also begged one of my senior colleagues to feature me in his movie but he turned me down and asked for sex.

“I came to Nollywood as a total stranger. Everything that I am today is by God’s grace; nobody can take glory for my success. If I relied on the help of a godfather, I wouldn’t be as hard-working as I am because I would have depended so much on the person.

“Many celebrated actors who attained enviable heights did so with the help of hard work. However, having godfathers made it easy for some people.”

The actress also revealed that she learnt her signature Yoruba accent in secondary school after being bullied by her schoolmates. She said, “My thick Yoruba (Ibadan) accent still amazes me because I lived in a good environment in Ibadan. I attended a good primary school but when I got into a government secondary school, I mingled with people and that made me forget where I came from.

“In secondary school, people bullied me a lot. It was because of that distasteful experience that I learnt to mix with people from different backgrounds and I picked their manners of speech.”

According to Awelewa, having a competitive spirit makes an actor more focused. She added, “As for me, I don’t see anyone as competition; I just want to be better. It is good to have a competitive spirit because it makes one work harder and be more focused. But, don’t turn it into a rivalry. My assignment in this world is different from that of others. That is why I don’t follow the crowd. I have more fans in reality than even on social media because some of my loyal fans are market women.”