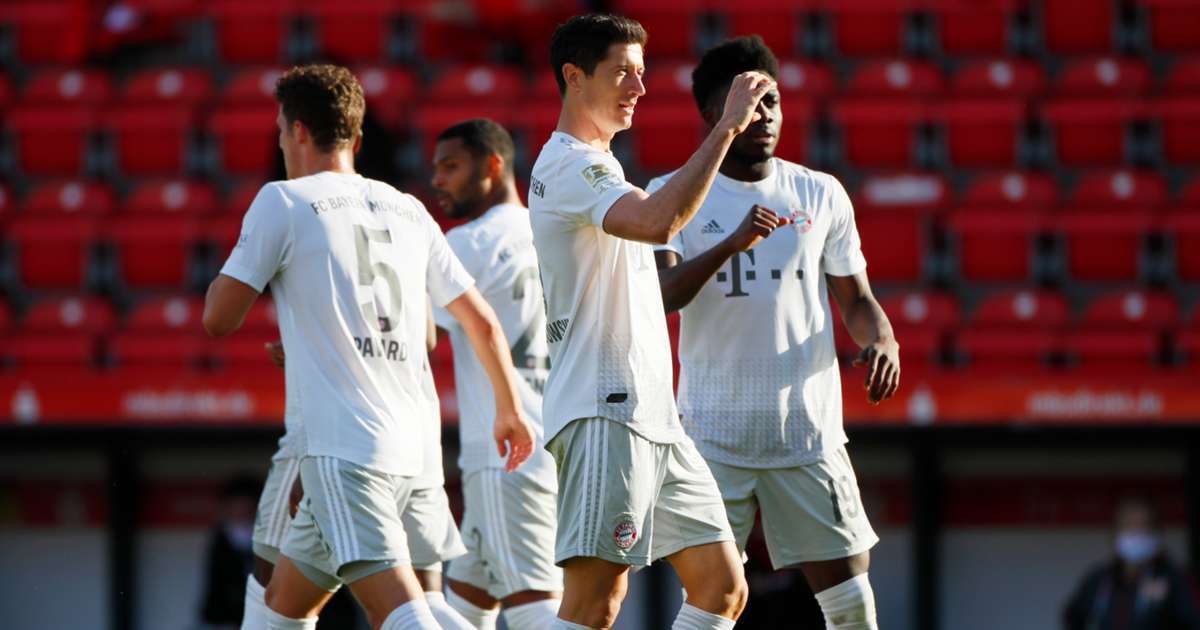 Bayern Munich recommenced their Bundesliga title defence with a 2-0 win at Union Berlin, with Robert Lewandowski reaching the 40-goal mark for a fifth successive season on his return from a knee injury.

Hansi Flick’s men had been put under a little pressure by Borussia Dortmund’s 4-0 thrashing of Schalke on Saturday to go within a point of the pacesetters, but Bayern picked up where they left off before the coronavirus pause – Lewandowski and Benjamin Pavard securing the points.


Although Bayern were guilty of a somewhat slow start, once they found their groove the champions played some fine football and were deserving of the lead when Lewandowski – who likely would have missed most of the rest of the season were it not for the lengthy hiatus – rolled home his penalty with 40 minutes played.


Although the visitors failed to pile on the misery against a Union side who offered little in attack after the first 10 minutes, they did eventually wrap up the victory late on with Pavard’s header, Flick’s side restoring their four-point cushion.


Union looked the sharper of the two sides in the early exchanges, with Marius Bulter testing Manuel Neuer and Anthony Ujah sending a rasping drive just over.


But Bayern grew into the encounter – Thomas Muller having a goal disallowed for offside in the 19th minute before Union goalkeeper Rafal Gikiewicz got just enough on Alphonso Davies’ low cross to prevent Lewandowski a tap-in.

Their dominance eventually paid off late in the first half, as Neven Subotic clumsily caught Leon Goretzka in the box while attempting to clear and Lewandowski confidently slotted in the spot-kick.

The contest followed a similar pattern after the restart and Bayern nearly got a second – Goretzka lashing a fierce strike just wide of the bottom-left corner after a one-two with the excellent Thomas Muller.

Union’s hopes of rescuing a late draw were ended when Pavard headed in Joshua Kimmich’s right-wing with 10 minutes to go.