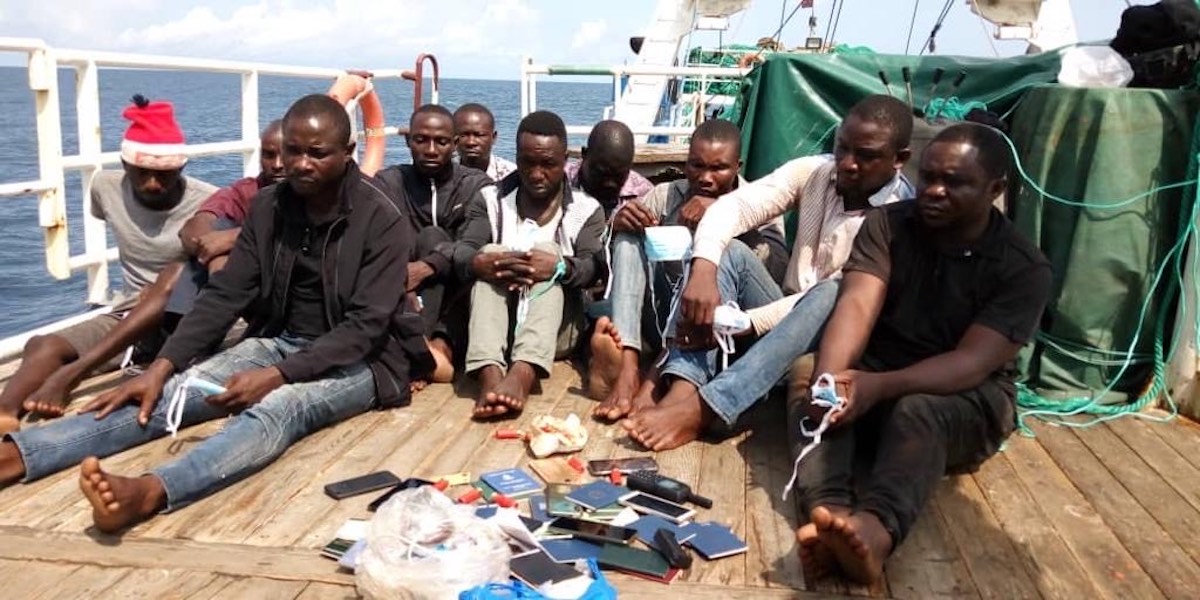 The Western Naval Command (WNC) of the Nigerian Navy (NN) has arrested 10 Nigerian pirates who hijacked a Chinese vessel off the coast of Côte d’Ivoire within the Gulf of Guinea (GoG) waters.

THISDAY gathered that the Chinese vessel, MV HAILUFANG II, was attacked by pirates on May 15 and after they took control of the vessel, directed it toward Nigerian waters.

When alerted about the hijacked vessel, the NN deployed Nigerian Navy Ship (NNS) NGURU and elements of the Special Boat Services (SBS) to intercept the vessel.

The hijacked vessel was intercepted at about 140 nautical mile south of Lagos Fairway Bouy but the pirates refused to respond to calls through the radio, neither did they stop when ordered to do so using the loud hailer.

Despite warning shots, the pirates pressed on until the SBS team, with firing cover from the naval ship, carried out opposed boarding and took control of the hijacked vessel.

Although the pirates were mopped up, their weapons were yet to be found as they claimed to have thrown them overboard due to the overwhelming firepower from NNS Nguru.

However, THISDAY gathered that the satellite phone used in communicating with their sponsors has been seized.

In their confessional statement, the pirates alleged that they were contracted and taken to Abidjan and Ghana about three months ago by one Commander Johnson, who provided them with three pump action rifles.

They also confessed that while in Ghana, they attempted to hijack a vessel but failed before they targeted the Chinese vessel and succeeded, adding that they were enroute Delta State before the navy foiled their plans.

When contacted, the Director of Naval Information, Commodore Suleiman Dahun, confirmed the feat achieved by the naval operatives.

As at press time, it was gathered that the recovered vessel had been escorted to Lagos harbour for further investigation with the boarding team onboard.