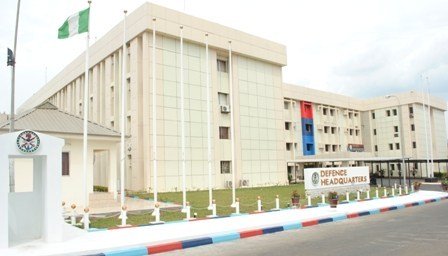 The Defence Headquarters says the Nigerian military under Operation Delta Safe has continued to record more successes in the fight against crude oil theft and economic sabotage in the Niger Delta region.

The Coordinator, Defence Media Operations, Maj.-Gen. John Enenche, stated this at a news conference on the operations of Nigerian military on Thursday in Abuja.

He added that 174 ovens laden with about 14,434 barrels of suspected stolen crude oil as well as 1.38 million litres of product suspected to be illegally refined AGO were also located and dismantled.

According to him, the storage facilities were dismantled while no arrest was made as operators of the illegal refining sites fled on sighting the team.

“Meanwhile, the illegal refining sites have been earmarked for swamp buggy operation.

“Similarly, on May 11, Forward Operating Base ESCRAVOS intercepted three large wooden boats around Madangho and Sara Creek in Warri South Local Government Area of the state.

“The boats were laden with about 12.6 barrels of suspected stolen crude oil and 43,000 litres of products suspected to be illegally refined AGO.

“Equally, on May 12, the team discovered seven refining units, 13 metal storage tanks and four dugout pits with about 440.3 barrels of stolen crude oil and 180,000 litres of products suspected to be illegally refined AGO.

“The boats, items and products discovered in the course of the operation were impounded,” he added.

The coordinator further disclosed that Forward Operating Base Ibaka patrol team around Effiat Waterways intercepted an abandoned wooden boat laden with 310 x 50kg bags of foreign parboiled rice suspected to be smuggled from the Republic of Cameroon.

He added that on May 14, the Base patrol team also intercepted an abandoned medium size wooden boat laden with about 67 drums of products suspected to be PMS around Enwang Creek.

According to him, the seized bags of foreign parboiled rice, boat and drums of suspected PMS are currently in Forward Operating Base Ibaka custody.

In another development, on May 15, a Chinese vessel, MV HAILUFANG II was attacked by pirates off the Coast of Cote D’Ivoire.

“The pirates took control of the vessel and directed the vessel towards Nigerian Waters.

“The vessel had 18 crew members comprising Chinese, Ghanaian and Ivorian.

“All the ship crew were safely rescued, while the 10 pirates were also arrested,” he said.

On other operations, Enenche said that the troops operating in various theatres across the country also recorded tremendous successes within the week under review.

He said that troops of Operation Lafiya Dole had killed several members of the Boko Haram Terrorists/ISWAP fighters and senior commanders.

He added that the logistics facilities, gun trucks and other structures of the terrorists were also destroyed as well as recovery of cache of weapons.

According to him, some of these operations occurred in air strikes and other offensive operations executed across the theatre of operation.

In Operation Hadarin Daji, Enenche disclosed that the air component neutralised 27 armed bandits and destroyed some of their dwellings along the Nahuta-Doumborou Corridor on the border between Katsina and Zamfara States.

Under Operation Whirl Stroke, he said a total of 29 bandits and militias were neutralised within the last one week as well as recovery of arms and ammunition.

“The Military High Command congratulates all the gallant troops of the Nigerian Army, Nigerian Navy, Nigerian Air Force and personnel of other security agencies involved in various operations across the country.

“Furthermore, the professionalism and dexterity of the Nigerian Navy Ship Nguru is hereby commended.

“It equally appreciates the general public for providing credible information that facilitated the success of various operations.

“The troops are encouraged to remain focused on eliminating the enemies of the country, while the general public is requested to continue to provide credible information in furtherance of our national security,” he said.