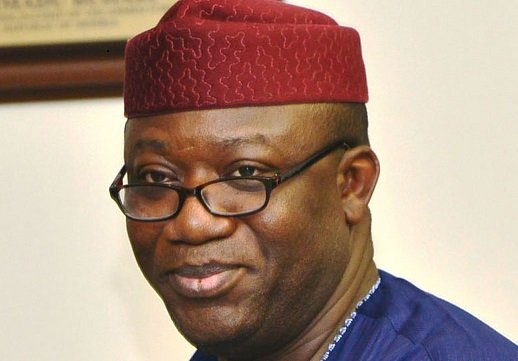 THE Ekiti State chapter of the People’s Democratic Party (PDP) has alleged that Governor Kayode Fayemi has sold the state’s Governor’s Lodge in Abuja.


It said that it had evidence at its disposal that the building, sitting on 2000sqm at T. Y.  Danjuma Street, Asokoro, Abuja had been sold by the Fayemi administration.

The party, in a statement in Ado-Ekiti yesterday by its Caretaker Committee Secretary, Diran Odeyemi, alleged that the governor disposed the Governor’s Lodge so that he could sell his building in Abuja as a replacement at an astronomical price.

It said that Governor Fayemi must explain to Ekiti people why the building was demolished and a new structure was being built on the land, adding that his government would be living to its real identity as a “devourer of Ekiti heritage” if it turned out that the edifice was sold without the knowledge of Ekiti people.

PDP said: “As at today, the edifice sitting on 2000sqm on T. Y. Danjuma, Asokoro, Abuja is no longer there. It has been demolished and new structure is being built on the land.

Reacting, Works Commissioner Mr. Shola Adebayo said the government would give appropriate response to the allegations from the opposition party in due course.

“We heard about the allegation from the PDP and I don’t think we have any reason to rush in replying because there is nothing like fraud as regards the Abuja property. We will respond very soon,” he added.