Ondo guber: No plans to defect, I will win, says Akeredolu 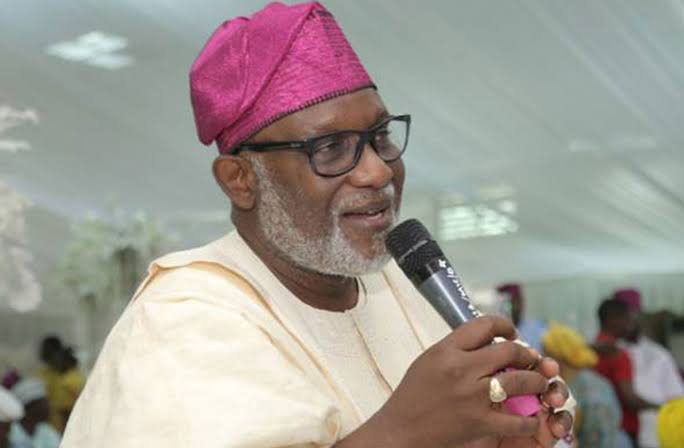 Ondo State Governor, Oluwarotimi Akeredolu, has that he has no plan to defect to another party to contest the governorship election because he is sure of victory both at the All Progressives Congress party primaries and at the main elections.

Akeredolu who dismissed allegations of having plan B in case he lost at the primary said residents in the state were aware of his achievements.

Akeredolu who spoke through his Commissioner for Information and Orientation, Donald Ojogo, said he was not interested in the crisis rocking the Unity Forum but would rather focus on the process of bringing everybody together.

He said he was not bothered about plethora of kinsmen from his Owo who are aspiring to be Ondo Governor.

Akeredolu noted that the multitude of aspirants from Owo only creates the impression that somebody from Owo would remain governor but not in the manners of their desires.

According to him, “We should not be talking about plan B. We don’t have anything like plan B, plan A and even plan C. All we know is that we are going into the primary of the APC to win and going to the election of October 10, to defeat whoever will be presented by any party. So, we have nothing like plan B. We can’t discuss plan B, there is no basis for us to even discuss plan B.

“Recall the insults they hauled on the person of former Interim National Chairman of the APC, Chief Bisi Akande. They were very disrespectful which is very unusual in the culture of people of the South West.

“Chief Nisi Akande by every standard is a well-respected person in the politics of this nation. But when some persons who came together just for the purpose of mischief could go to the extent of hauling stones of insults at him, there is no how that group can be united. So, rather than blaming Akeredolu for their problems they should go and beg Bisi Akande for forgiveness.”