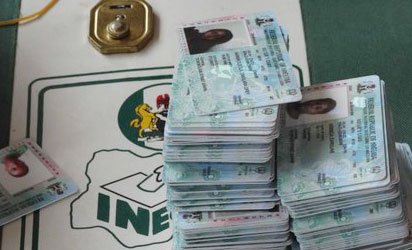 The National Association of Nigerian Students (NANS) on Saturday appealed to the Independent National Electoral Commission (INEC) to further extend the Feb. 11 deadline for collection of Permanent Voter Cards (PVC).

Mr Azeez Adeyemi, the National Public Relations Officer of the association, made the appeal in a statement made available to newsmen in Abeokuta.

He said that the extension became necessary considering the fact that most of the students who would be returning to school registered for their PVCs within the school environments.

“NANS sees this call as imperative due to the just-suspended strike of the Academic Staff Union of Universities (ASUU).

“Most Nigerian university students will be returning to the school environs where they registered for their PVCs to pick them up.

“We recall that INEC had revealed in its statistics of the eligible voters, ahead of the 2019 general elections, that over 22 million voters are Nigerian students.

“As such, this cumulates to an approximate of 35 percent of the eligible voters.

“It is obvious that the duty towards promoting and protecting the country’s democracy lies in the hands of Nigerian students,’’ he stated.

Recall that ASUU had on Thursday suspended its three-month old strike. The strike was a demand for revitalisation of universities, academic earned allowances, issuance of Universities Pension Management Company and other issues.

Adeyemi called on Nigerian students to, as a matter of national interest, return to their school environment where they registered, to collect their PVCs.

He said that it would avail them the opportunity to partake in the coming general elections.

The NANS spokesperson noted that the National President of NANS, Bamidele Akpan, had directed that all students must play active roles in ensuring successful general elections.

INEC had initially fixed Friday Feb. 8 as deadline for collection of PVCs but shifted it to Monday, Feb. 11, to allow more people to have theirs ahead of the elections which begin on Saturday.(NAN)